DONJON LANDS
About Downloads Archives Profile Subscribe
Dracken Deep vs. Ternemeer
“Allies You Have None”

Annemie Tacx drew the killing field. She knew her enemy. Minke Meine was an aggressive commander.

Tacx’s longbows formed across the space between a pillar and the north wall. Their arrows could reach into the bog, south, and across the stream, east. Between the longbows, heavy foot interspersed themselves. A troop of peasants skulked thirty yards behind. Opposite the pillar, two units of armored foot in a column filled the narrow stretch of firm ground beside the bog.

Find the scenario and setup for the skirmish here described in “Dracken Deep vs. Ternemeer.”

Meine positioned her archers along the stream, just beyond longbow range. Likewise, her armored foot, three units in a column, between the two eastern pillars. Her light troops lined up along the north wall.

Then the doors closed, and Solon Theros, after promising cruel death for cowards, began the battle. 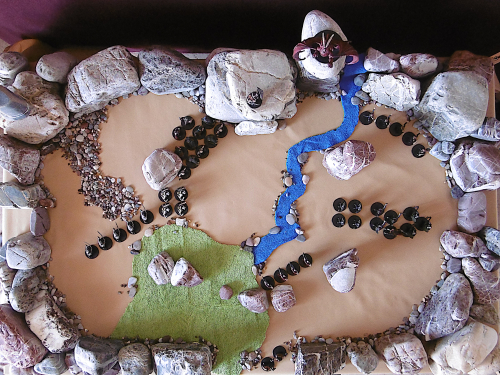 Meine’s armored troops advanced, lead elements crossing the stream. The longbows let fly the first volley as, on Tacx’s right, her own column advanced. The forward unit skirted the field.

The following unit halted at the field’s edge, and Meine’s light foot charged them. The intent surely was to mask the longbowmen’s fire. But the charge was repulsed, and Meine’s main body entered the field under a hail of arrows. Meine’s lead element charged Tacx’s right. The right withstood the charge. Then, under fire from across the stream, the right pressed the attack, charging Meine’s main body.

The light foot, recovered, charged the firing line. A volley of arrows cut down their first rank. The second rank charged on. The longbows refused combat, falling back to the line of peasants, while the heavy foot halted the charge.

In the killing field, the fight was on. Armored troops clashed. Having dispatched the light charge, Tacx’s heavy foot flanked the line’s left, while Meine flanked the right. In the general melee that followed, both sides were diminished.

The last swords clanked. Shields lowered. Remnants of armored troops were on the right. The killing field was colored in blood. On opposite sides, longbows and archers. Between them, Tacx’s few remaining heavy troops stood, chests heaving.

For the space of a heart beat, all was silent. Solon Theros began to speak. “Your—”

Another beat, another volley of arrows from the other direction. Archers fell. Stillness followed. A crow swooped over the field to light atop a fallen pillar. It ruffled its feathers.

So begins the man-to-man combat phase of Champions of Chaos.

Annemie Tacx leads Ternemeer to victory over her rival Dracken Deep’s Minke Meine. Both will go on to lead troops against the forces of Law in the Valormr Campaign.

Scores include the two figures felled after the halt. This is Chaos. 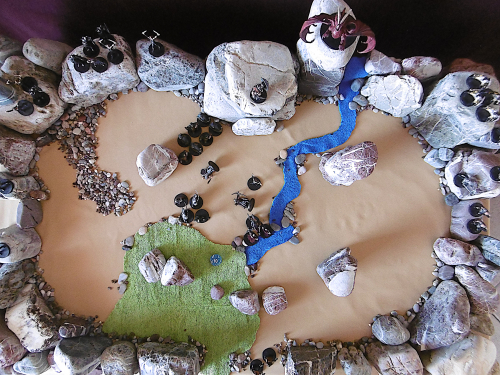