In preparation for the next age in the Wyrm Dawn campaign, I made monster group cards for the primordial wyrm, each wyrmling, and living statues. I also made a cosmetic change to the Kobolds card and added new actions, used by the new monsters. 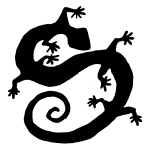 Guard A guarded treasure or epic treasure cannot be stolen or otherwise removed from its place.

Wake Roll 1d6. On a 6, the active group explores. Otherwise, it stays asleep and prepares.

Touch Handle touch as steal. In addition, no matter the results of the conflict, the target group (in our case, the Dragon) adds the following instructions to the bottom of its card.

Wyrm-touched: The Dragon has the same bonus to dice rolls as the Wyrmling who touched it. A wyrm-touched Dragon cannot be so touched again.1

Remove the draconic tag from the Kobolds card.2

In addition to the three initial monster group cards, the Living Statue card begins the Age of Monsters in play. By default, its type is Magma, but you may decide otherwise or roll for it. Place its counters with 1 ⛭ in the Hall of Living Statues.

The Living Statue guards an enormous stone tablet. This epic treasure is called “The Stone of Living Statues.” Made by the Throrgrmir dwarves in their renaissance, the tablet describes how to create a living statue. It is immovable and, so, cannot be stolen or otherwise removed from the Hall.

If the Wizard or the Blue Wizard finds the tablet unguarded, add the following action to the wizard’s card:

Constructed by the Throrgrmir dwarves or a powerful wizard, a living statue is a formidable guard.

Always Guard.
IF it has not interacted with any monster group in the last turn, the Living Statue prepares and takes no additional actions.

A Living Statue’s type is determined by the resource of which it is made. It takes its turn immediately after the wizard who created it.

The Primordial Wyrm begins the Age of Monsters in her lair, which is the ancient city of Throrgardr, now in ruins. Place 6 ●, 6 ❍, and 2 ⛭ in Throrgardr.4

The primordial wyrm sleeps in her lair unless disturbed…

Always Fight any group that has made me the target of any action.
IF I have not interacted with any group in the last turn, prepare and take no additional actions.

Apathetic: No matter how many ● or ❍ she gains, the Primordial Wyrm never rises to villainy.

Die for the Seventh: The Seventh, being her last unhatched egg, cannot be removed from the hoard while the Primordial Wyrm is in play.

There are six unique Wyrmling cards. Wyrmlings are named by order of birth. Fighting over treasure during the Age of Civilization, they now abide by an established hierarchy. Stronger Wyrmling cards, higher in the order, have a bonus to all dice rolls.

A wyrmling seeks treasure. She does not know nor care that her touch effects dragons. She just wants the treasure.

IF I am asleep, wake.
IF I am near a Dragon and it has treasure, touch it.
Otherwise, always explore.

Hoard bound: When she acquires a treasure, a Wrymling returns immediately to the lair, adds the treasure to the primordial wyrm’s hoard, and sleeps.

Wounded: A sleeping Wyrmling with fewer than 2 ● cannot wake. Instead she prepares, adding 1 ● instead of a ★.

Protected: In the lair, a Wyrmling cannot be the target of any action while the Primordial Wyrm is in play.

1 The touch action and the Touched instructions might also be used in a demon-centered campaign—renamed as taint and Tainted.

2 Wyrmwyrd, the follow-on campaign, uses the B/X “rules as written.” Though compelling, the kobold association with dragons was introduced in a later edition.

3 Crystal may be exploited from the Crystal Caverns, iron from the dwarven Smelter, Foundry, or Power Plant (considered as biomes), and magma (also a biome) from the magma chamber.

5 I don’t see in the rules that the (optional) epic treasures can be stolen at all. I’m making up the “yield normal treasures first” rule.